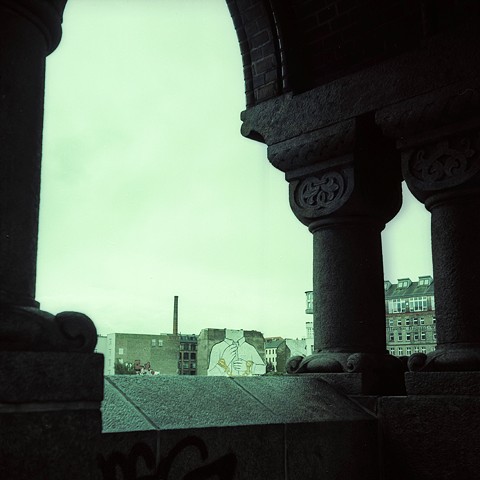 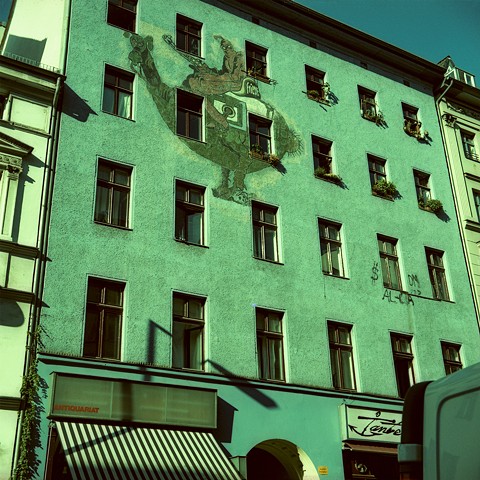 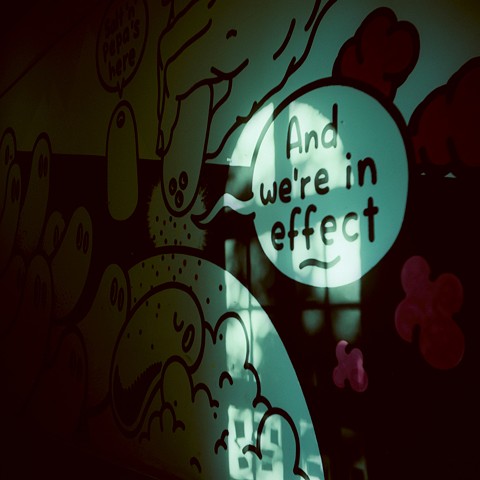 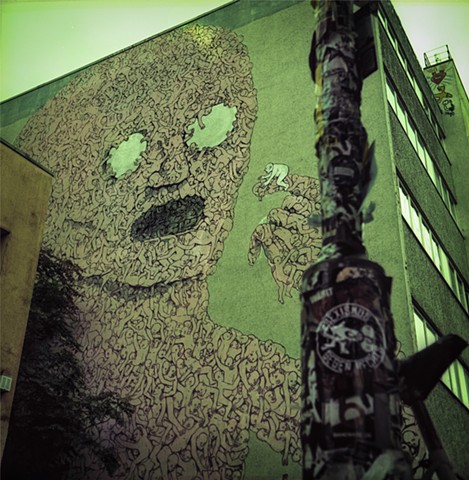 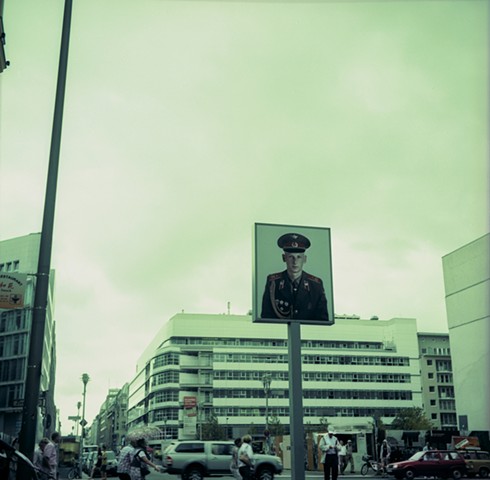 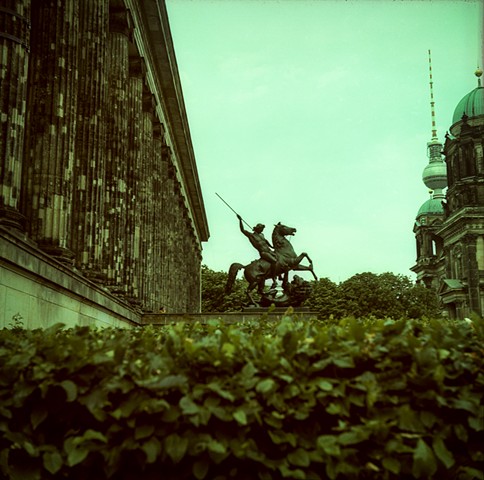 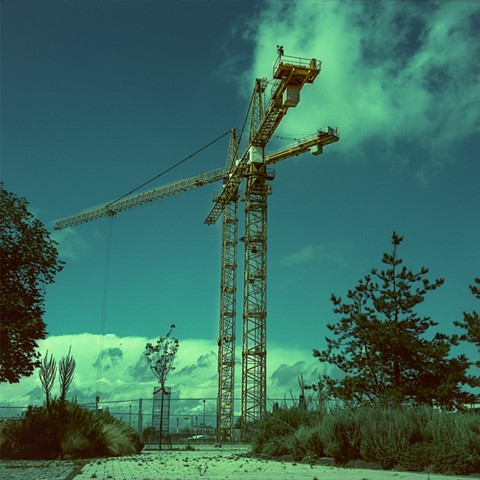 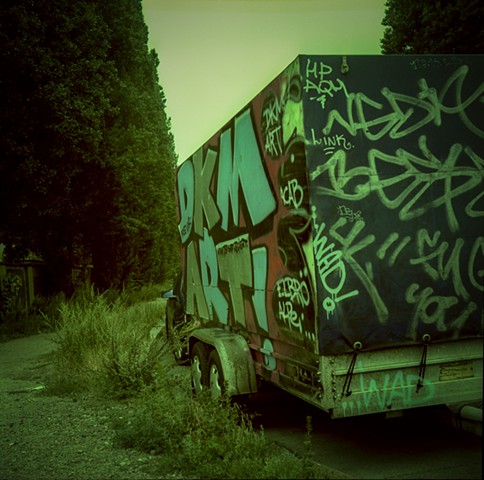 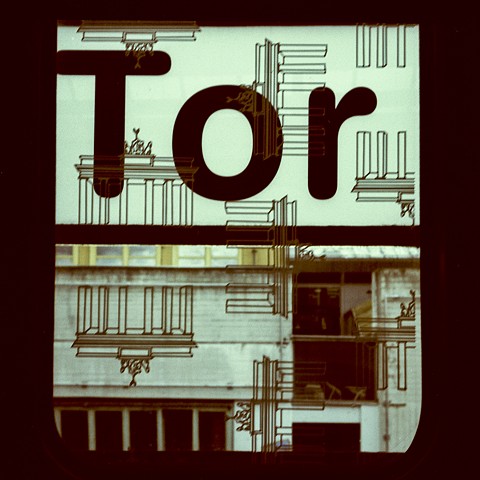 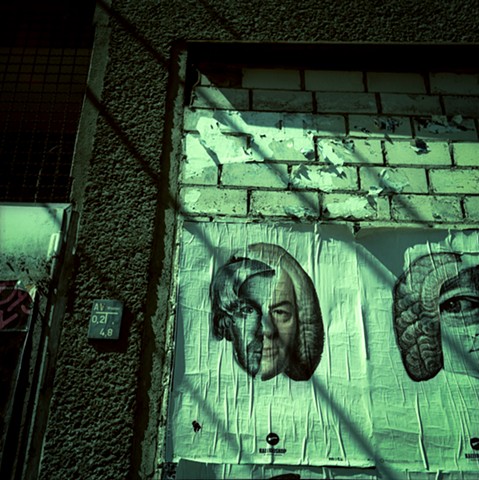 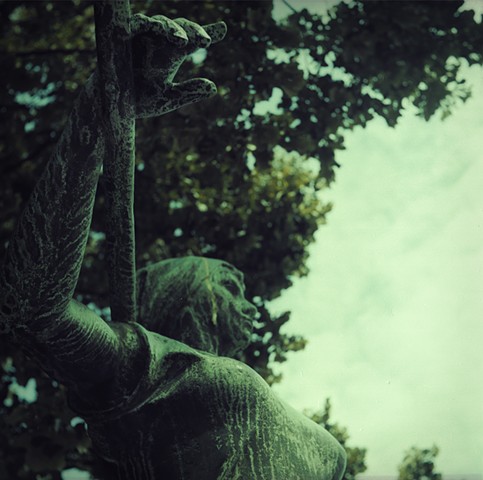 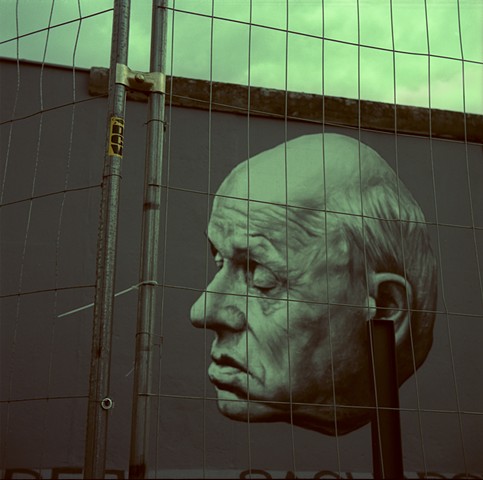 Cross Processing Cultures documents the surreal and humorous aggregate of Berlins’ visual history. The jumble of architectural styles dressed in modern graffiti and fragmented by time creates a new cultural synthesis. Chronological order is replaced by random visual interactions, like toy blocks creating a new language for the city.

On a whim, inspired by the random, unpredictability of the city, I cross-processed the film upon return. Cross processing involves developing one type of film, in this case C-41 negative film, in the wrong chemistry, such as E-6 slide film. The chemistry is similar but not exact, producing erratic color shifts, with certain hues exaggerated and others suppressed. The resulting blue-green cast underscored the shadows of history through the blue coats of the Royal Prussian Army and the cool association of cold war politics.