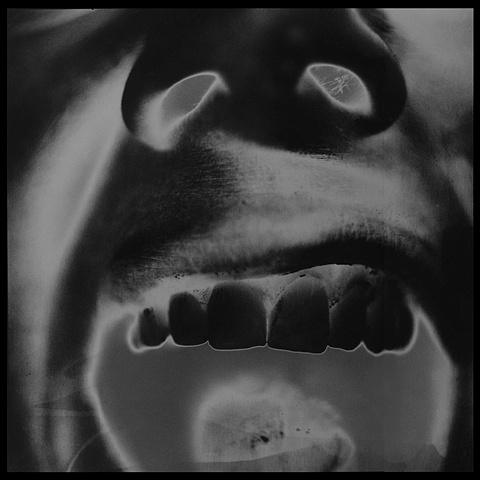 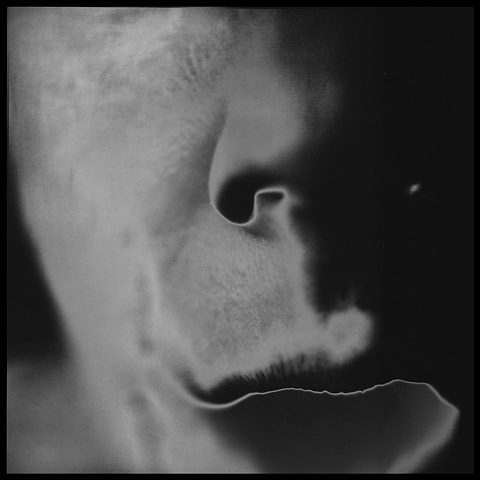 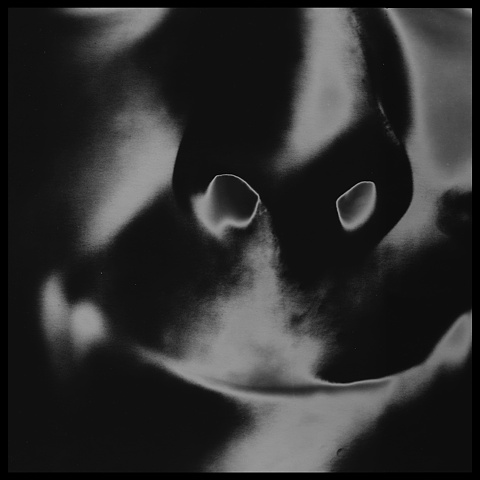 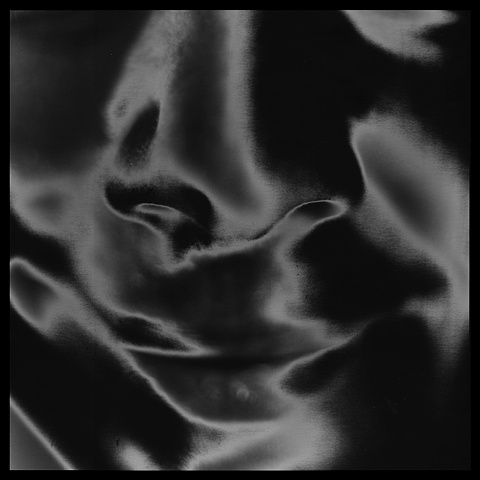 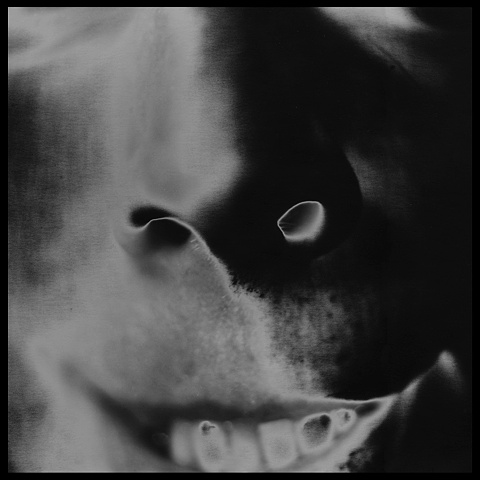 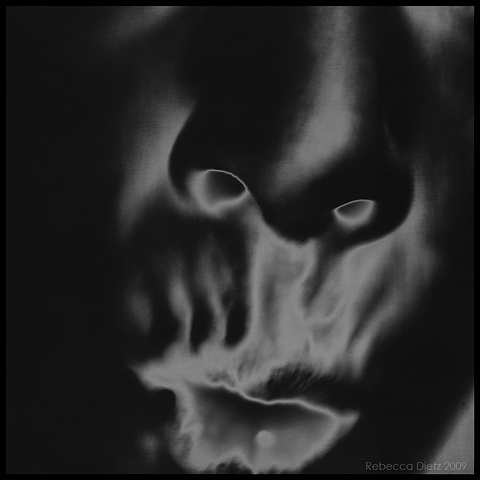 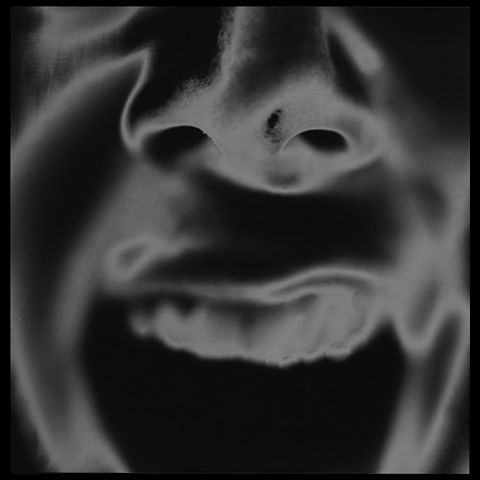 Click thumbnail to enlarge. Use arrows or arrow keys to advance through series. This series began by accident. The shutter on my old Mamiya broke, wasting a weekend of shooting. After it was fixed there was mistrust, a need for certainty. Camera loaded on a tripod, I sat in front to see the shutter at work. As the frames clicked by my proximity to the camera became a curious space, a blind spot. Deprived of the external ability to peer through the viewfinder, I was close enough to see a faint, truncated view of my face reflected in the lens. In this intimate space, I watched the shutter open and close, imbedding my expression in the film’s emulsion. The first roll was a trial, to test exposure. The following rolls explored this space that was at once personal and blind.

As these images evolved the disembodied mouths asserted their own nature and history. Expressions captured on film and solarized in the darkroom caused some areas to reverse while others developed as normal. The uncertain process transfigured faces into ghostly apparitions; plumbing depths where individuality yields to Jungian archetype, persona meets anima. The mouths expressed mythological utterances, carnal impulses and unconscious states of beauty. As the series progressed three areas rose in prominence: Oracles, mouthpieces of divine wisdom; Jesters, foolish buffoonery and innocence; and Psyche, the radiance of the soul.