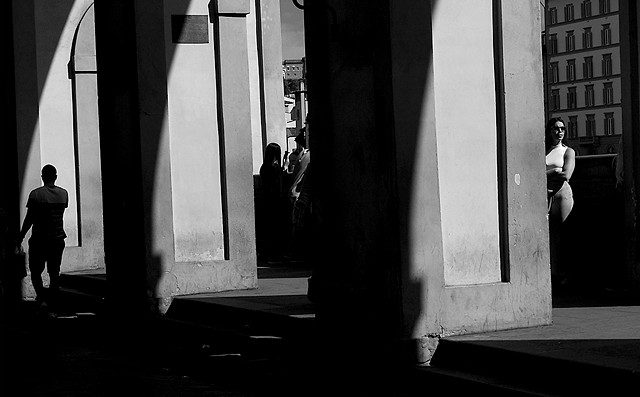 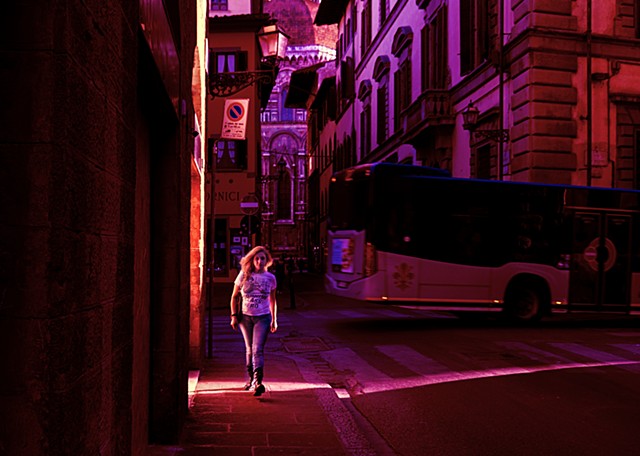 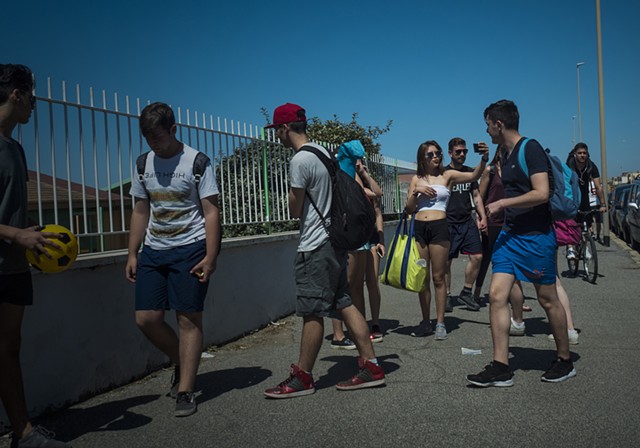 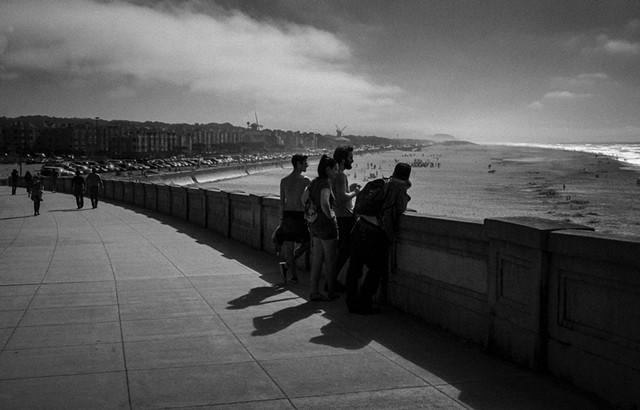 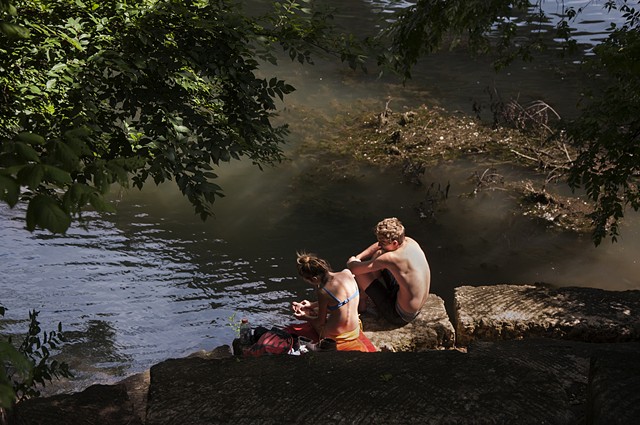 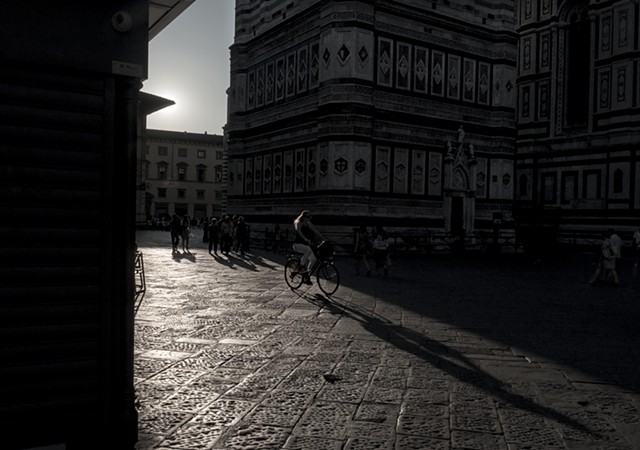 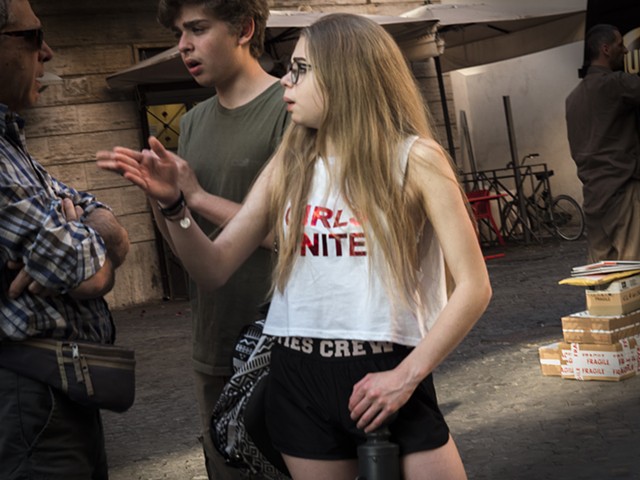 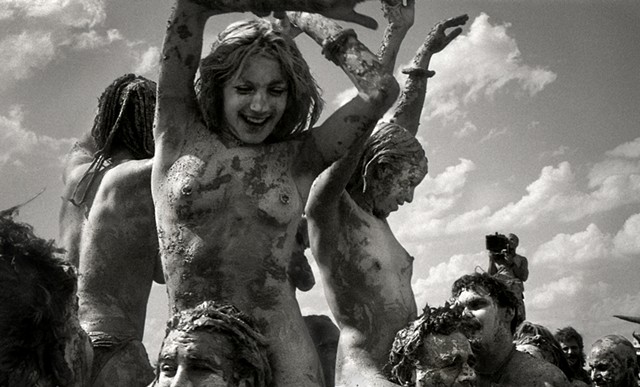 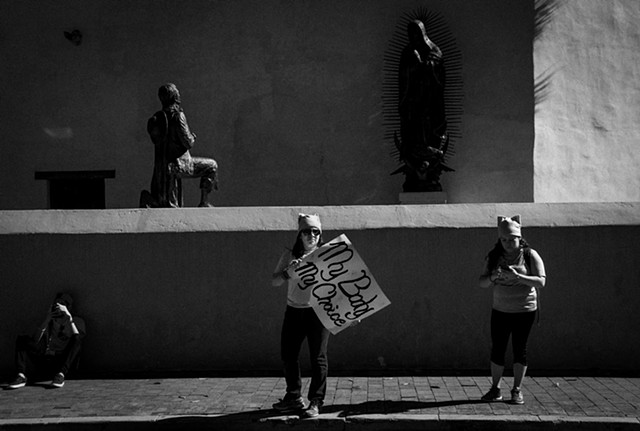 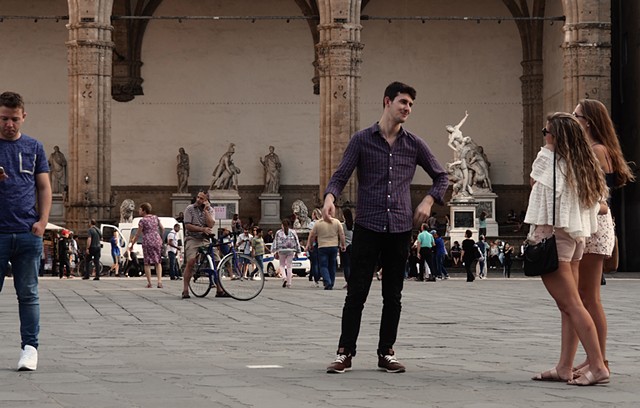 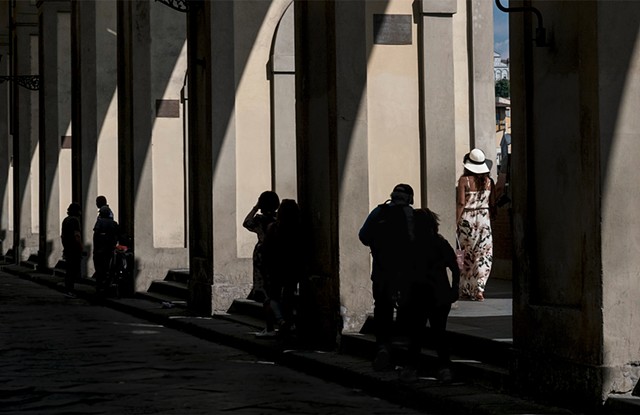 “The Magdalene” is a poetic documentation of female sensuality and bohemian youth culture. In my photographs, time often wraps around on itself, embedding echoes of the past in the present moment. So it was with the Magdalene. In candid shots captured in public places, a female figure began to emerge who was both seductive and reserved, a spiritual container with corporeal form and sensual awareness. I found her on the streets: solitary and defiant, or surrounded by men: anchored and sensual, or in the company of other women: graceful and enchanting. Her bohemian nature was timeless, a regenerating cycle from hipster to hippy, gypsy to nomad. In my thoughts she became the Magdalene, the Mary vicariously viewed through out history as a prostitute and apostle, as sovereign and devout.

Urban Dictionary defines a Magdalene as a hot chick, a beach bum, who loves to party, and is sexual, funny and serious at the same time. There is wry humor and truth to this, as I often found her along the water’s edge or public fests. But she also stands in protest, rests in quiet places and may be waiting around the next corner for my camera to sight.