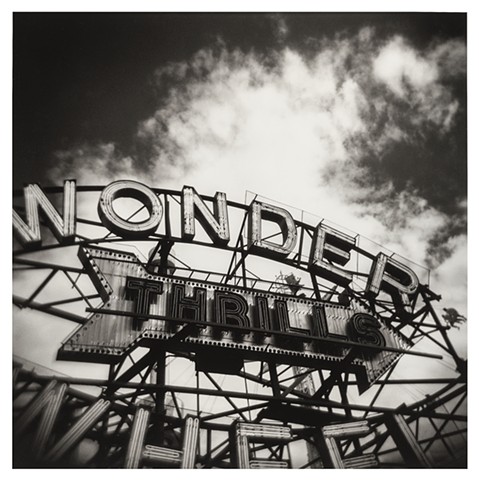 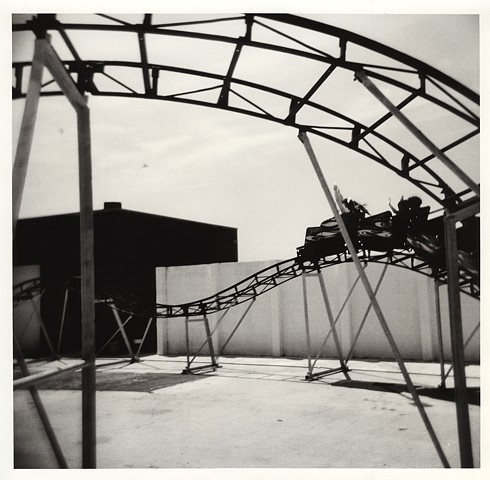 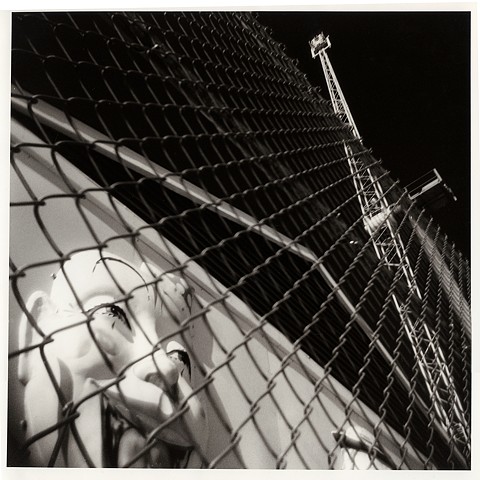 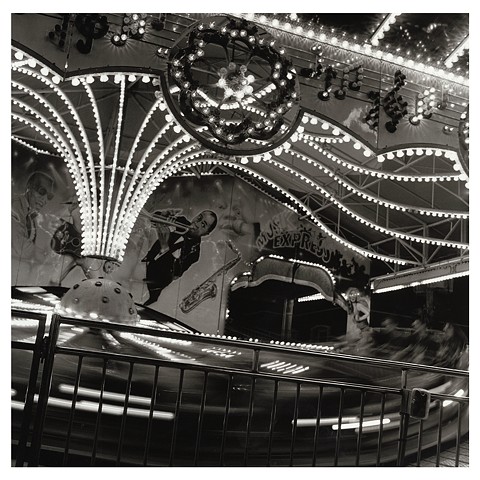 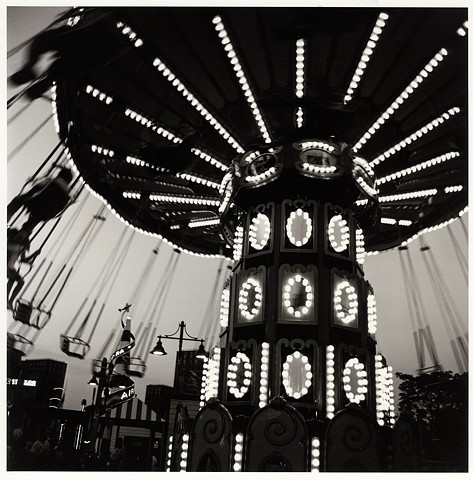 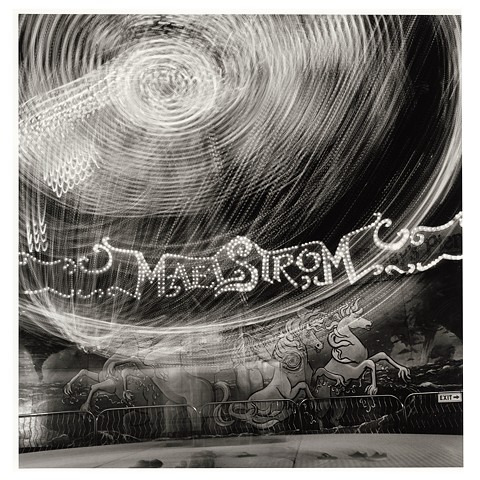 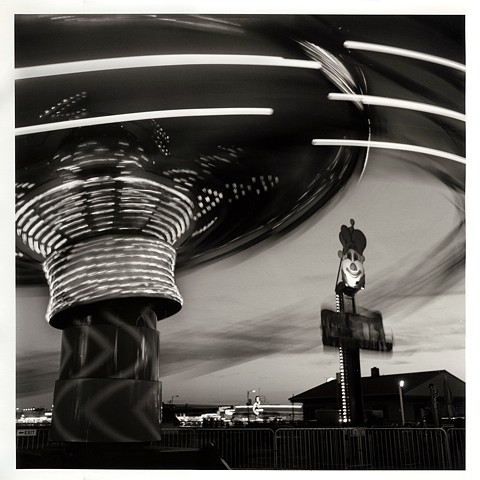 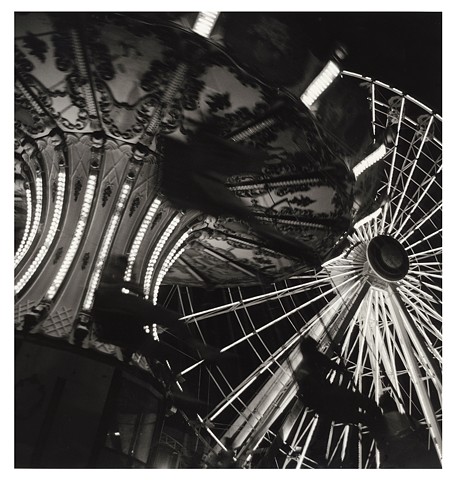 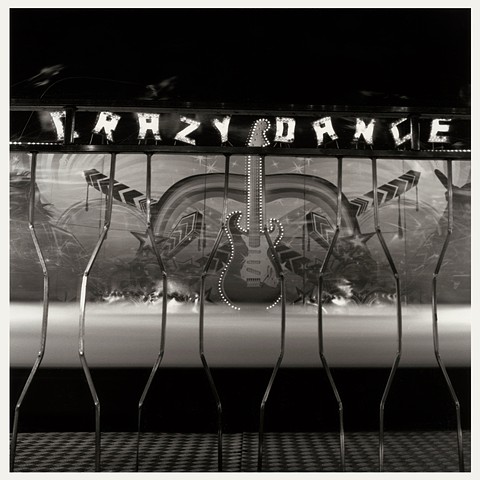 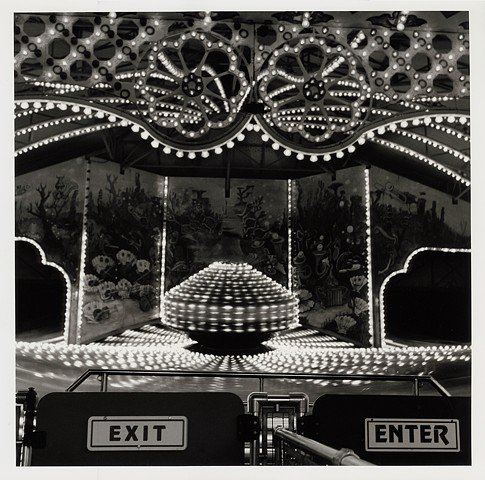 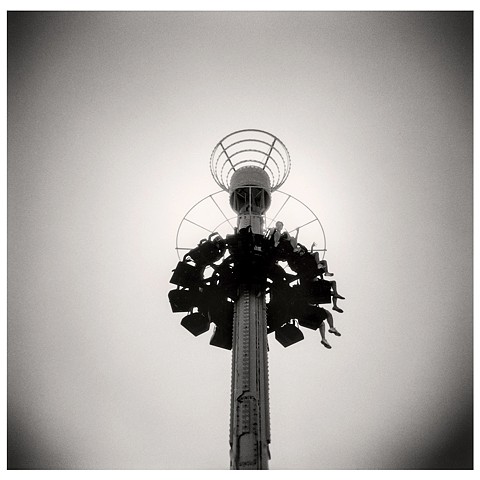 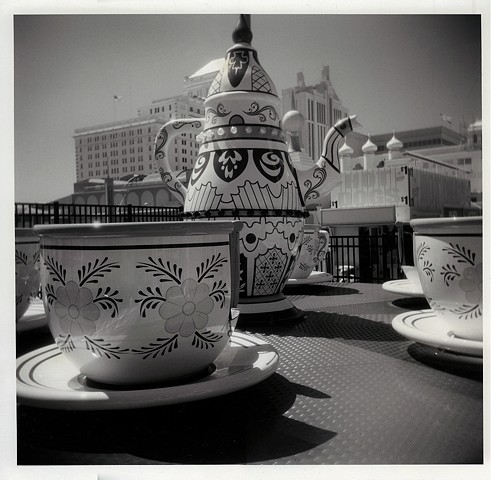 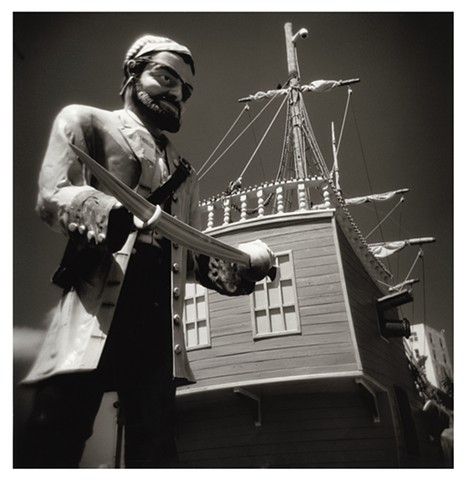 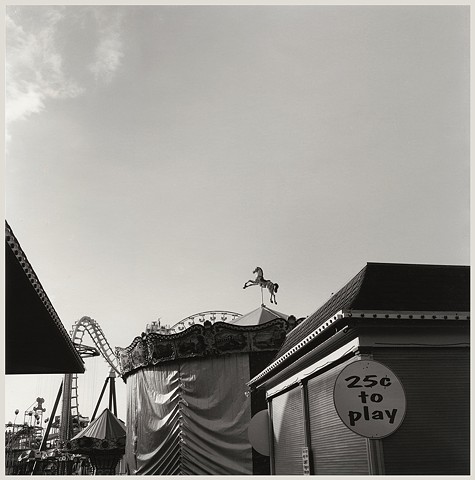 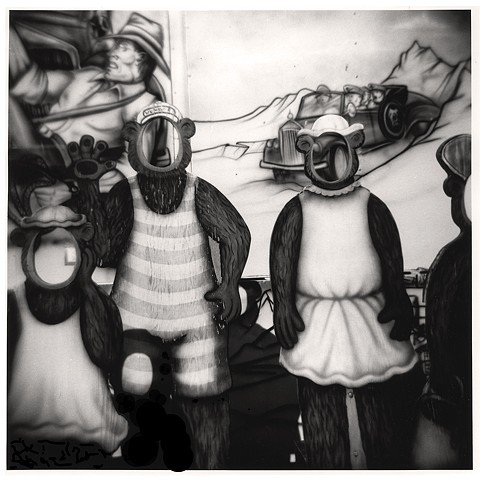 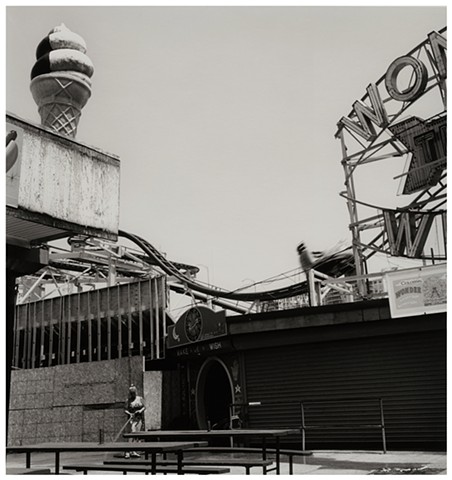 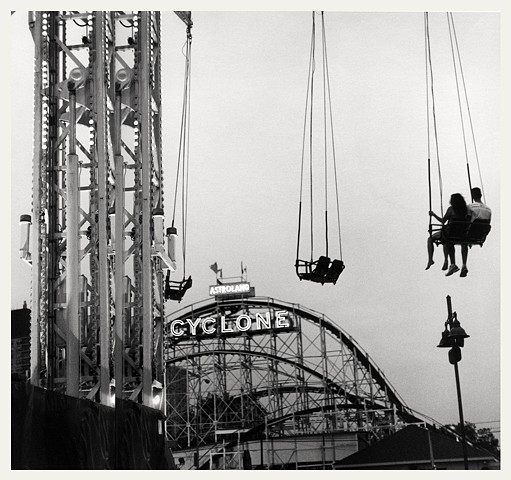 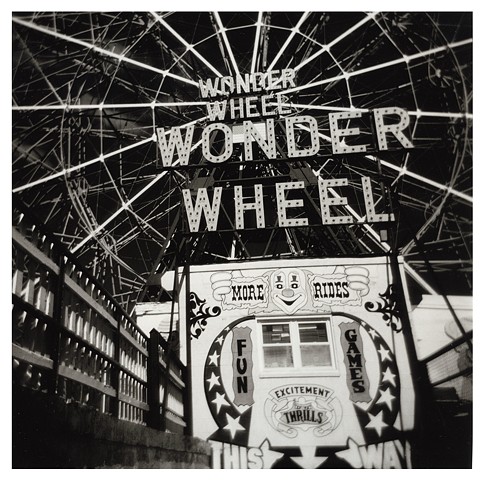 The Mid-Atlantic boardwalks from Coney Island, to Atlantic City and across the Chesapeake Bay to Ocean City were built in the early to mid 1900’s as weekend destinations for the working class. The ornate spinning machines seemed to mimic the machines of industry that employed the factory workers during the week. In a surreal reversal, on weekends the giant rides cradled and swung the workers, turning leverage into leisure time, and stress into play. A half-century later they seemed defiant in their history and decay, a testament to tangible experience in a virtual world. They vibrated and spun on the edge of civilization, where land yields to sea. The salt air charged the experience, even as it eroded the steel and structures. Each season, hurricanes steal more treasures, swept out to sea. The images were photographed with cameras as old as many of the rides, developed in the darkroom with technology of a similar age to the parks and my own history with them.